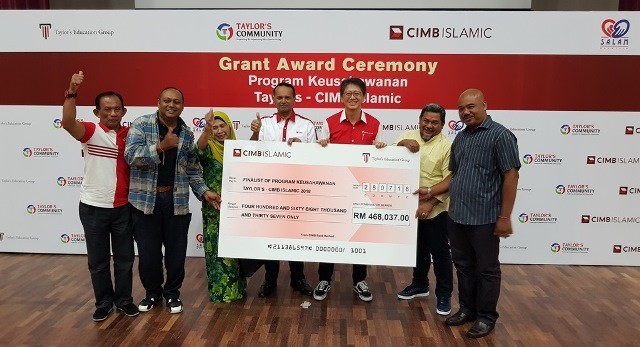 According to the Department of Statistics, the percentage of Malaysia’s incidence of poverty had fallen from 49.3% in 1970 to 0.4% in 2017 – a record achievement over the last 50 years. With official statistics boasting almost no poverty in the economy, it is a startling truth that an international agency’s finding shows otherwise. Furthermore, the impact of price increases on Bottom 40% (B40) is far greater, as having a lower disposable income means compromising certain important needs, and trimming spending on basic necessities such as food and education.

In-line with the government’s aim to support the B40 households, Taylor’s Education Group has once again partnered CIMB Islamic Bank Bhd for the second year now in creating an impact to these communities. Program Keusahawanan (PK) Taylor’s-CIMB Islamic aimed to elevate the community from poverty and this entrepreneurship program targeted to equip the budding entrepreneurs from the Projek Perumahan Rakyat (PPR) communities with core equipment needed for their business. 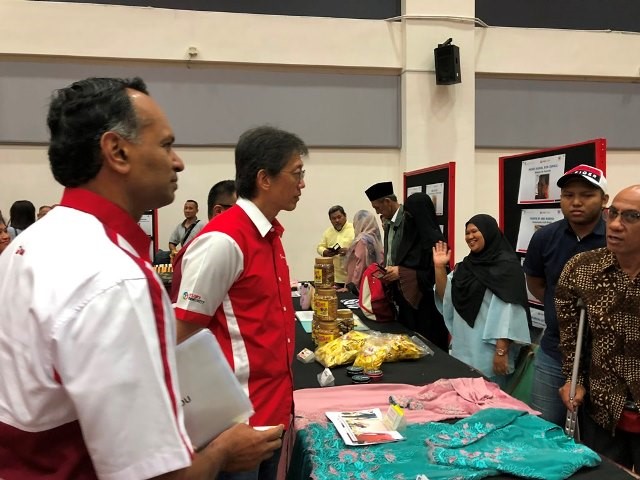 In 2017, the programme targeted at only PPR Sri Pantai successfully awarded 13 individuals from the community with grant worth more than RM46,000. This year, the programme has been up-scaled ten times, with participations from five PPRs – Gombak Setia, Lembah Subang, Sri Pantai, Kg Muhibbah and Sg Besi – targeted at 100 grant winners. Similar to 2017, PK2018 also includes three phases – motivational, education and implementation phase. 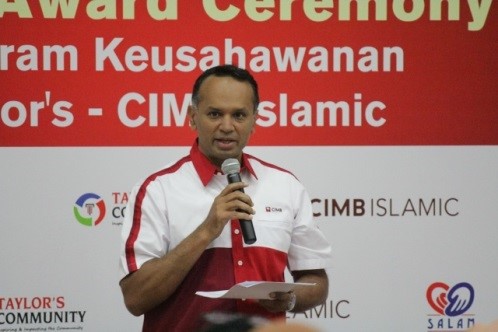 In January this year, the programme was kick-started with Motivation Phase in all five PPRs that attracted 313 eager residents to the sharing of speakers who were entrepreneurs, as well as past year grant winners – Roslina Awang and Krishnapriya. From there, the 213 applicants with an average income of below RM1,000 per household were screened and successfully moved to the second phase, which was the educational phase. In that phase, participants were being coached and guided by Taylor’s University’s lecturers and students as well as business coaches included of both Roslina and Krishnapriya. The three-month education phase saw 126 participants made it to the business plan presentation pitch stage in April 2018. 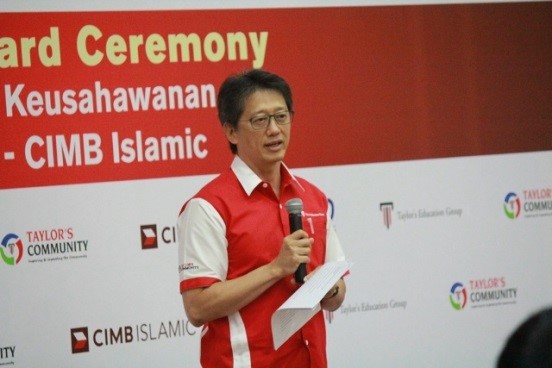 “We are very happy to see how the programme has grown and successfully uplifted the lives of many of the PPR residents. We are committed to continue organising the programme and I’m confident that we will be able to see the creation of more successful entrepreneurs in the coming years,” said the Group CEO of Taylor’s Education Group, Dato’ Loy Teik Ngan.

Last Saturday, 28th July 2018 was the grant award ceremony where 107 out of 126 participants successfully walked home with close to RM470,000 worth of equipment. The ceremony emceed by Roslina and Krishnapriya was an emotional one where tears of joy were witnessed among the winners. A participant from PPR Gombak Setia, Mohd Yussof Abdullah stated, “I have never dared to dream of this day, it is so surreal. I was already thankful enough of the knowledge given by Taylor’s and didn’t have much confidence during the presentation day as I was too nervous. I never imagined that I could be one of the winners. Thank you, Taylor’s and CIMB, for making me a better person.” 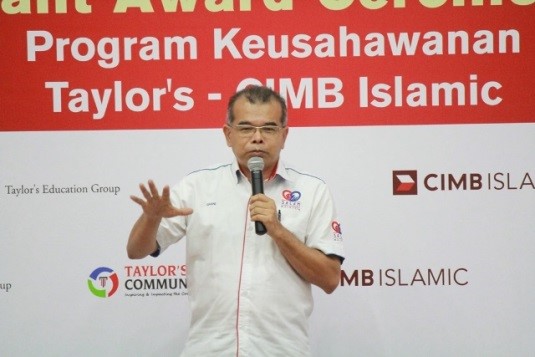 Mohamed Rafe Haneef, CEO of CIMB Islamic Bank said, “CIMB Islamic is very pleased to partner with Taylor’s Education Group to equip these business owners with the skills, know-how and guidance, so that they are empowered to take their businesses to the next level. By boosting the entrepreneurial skills of 107 business owners, we aim to create a long-term and sustainable impact, not only economically but also socially, by inspiring and giving courage to others to start their own businesses. This will eventually result in a virtuous cycle of viable businesses being created to continuously support the nation’s growth.”

The final phase of PK2018 will be the implementation phase, where appointed implementation partner, Yayasan Salam Malaysia will be coordinating the deliveries of equipment to the winners and also monitor their business progression for three months. 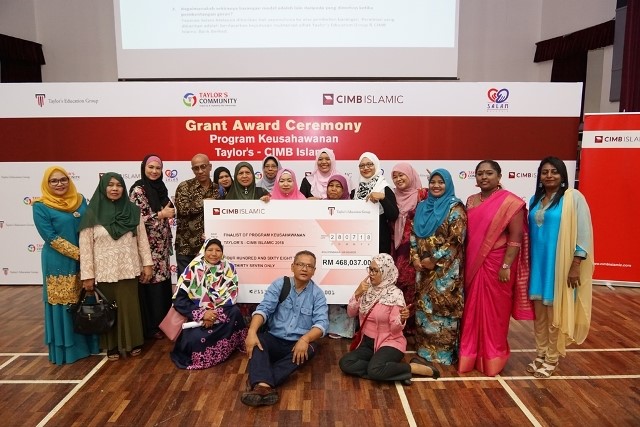 Given the success of the entrepreneurial programme, Taylor’s and CIMB Islamic Bank are planning to collaborate in the second phase of the programme, scheduled to be rolled out in 2019. The second phase, known as ‘Program Keusahawanan 2.0 (PK2.0)’ will see the creation of ‘PK University’, ‘PK Marketplace’, and ‘PK Digital’ as a platform for the entrepreneurs to continuously learn and link to business opportunities. PK2.0 is scheduled to be kicked-start in August 2018. Watch this space for more updates.